The memories cascade quickly, bringing snapshots crisply into focus; flooding the conscience mind with amazing details of people and places and activities of so long ago. How old was I then in the remembered days of Spruce Grove? Ten? And what was I in the days of Inglewood? I think in Grade One, maybe younger.

I had opportunity the other week to drive slowly past a couple of places where we used to live when I was a kid. I was in the neighbourhood, as the saying goes. One was the west-central neighbourhood of Inglewood here in River City (aka YEG, aka McDavidville), and the other was B-Land in Spruce Grove, where all streets and avenue names begin with a B.

The Colours of the Bungalow in B-Land

Our home in B-Land was the House That Dad Built at 21 Beverly Avenue in 1972. Back then, Spruce Grove was a small town of 3320 residents, and the Bos family was among the early wave of migrants from Edmonton: young families looking for better housing prices outside the big city. Only two years before we set down new roots, the Grove was a sleepy little town of 1110 people. The 2016 city census shows that growth marched on over time, and now 33,640 people now calling Spruce Grove home.

Chez Bos was a nice bungalow, boasting bright white wood siding and contrasting black trim. With a long front driveway and a large bay window, it stood proud alongside its peers of shiny new homes in the new subdivision. Inside, our home flaunted the loud colours of that era. Deep Hunter Green broadloom was underfoot from the front door through a wide open area and down the hallway to the two bedrooms on the backside of the house. At the front of the house was the master bedroom — a term the 10 year old Ron didn’t know. The

Those forays into forbidden territory were thrilling to me, and the ginger steps were only part of it. Adrenaline rushed through my system and my heart hammered, amplified in my ears, because there was always a chance Mom and Dad would come home early and there I’d be: caught red-handed, standing frozen with blood on my hands on all that red carpet. And so I’d poke and prod, peek and putter, looking high and low and in and out. But slowly. So slowly. Because everything had to be left…just…so. Just exactly how it was before the adventure began.

Over in the living room, long plush shag carpeting welcomed your feet, which sank in this soft sea of burnt orange. If you vacuumed it with care and purpose, the power brush left an orderly mosaic of intersecting parallel sections of brightness and shadow. After admiring this handiwork for a moment, out came the carpet rake from the broom closet. Then, working backwards out of the room, the shag would be raked until the task was finished and all the eye could see was a perfect, unspoiled sea of orange tranquility.

The Sounds of the Home in Inglewood

It would always tick when it was getting ready. Tick tick tick tick. Mysterious sounds to my little brother and me from the dull grey monster that lived in our basement. The big, bad gravity furnace, which took ownership of its habitat every evening when shadows fell from 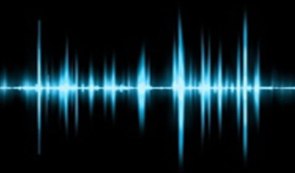 its web of duct work. Up close in the dark, it was a brooding beast that whispered warnings to little boys: stay away! Tick tick tick tick! But upstairs in our bedroom, far from its darkly veiled threats and shadowy appendages, the gravity furnace was a distant friend on cold winter nights. We would take turns sitting over the floor grate in our room, with a blanket over our heads to trap in the rising heat. And when the heating cycle would end, we could hear faintly the ticking beast. But in our room on the second storey far from the clutches of the beast, it seemed no longer angry and the ticking  turned into a gentle whisper: sleep tight boys. Tick tick tick tick.

There was not a lot of talking, let alone whispering, at the dinner table in our home in Inglewood. It was a rule: no talking at the dinner table. Not just a rule but a Dad Rule. You could ignore or disobey a rule now and then, but ignoring a Dad Rule was generally not good planning because there would be real consequences. (In case you’re wondering, We Are Never To Go In! was a Mom rule.) And so for the most part, the sounds at dinnertime were mostly the clinking of cutlery, the general ambiance of eating, and sometimes the dry heaves from my sister Estelle as she gagged on her detested green beans. But every once in a while, the school day had something particularly interesting to share, and excited snatches of conversation would sprinkle the air. For a minute or two, maybe, and then the command would interrupt: “OK now. Eat.” Translation: shut up and focus on your plate. End of conversation. I look back now and wonder why. But back then, that was just life and that was just how it was. We didn’t know any better.

Yes indeed. That’s where so many memories are, too. Tucked away neatly in the treasure chests of our minds until we open them anew.