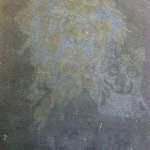 The bare bulb glares in the interrogation room as Lieutenant Pete Bull glares at Snoop Doggy, prime suspect Murder One. Bull slaps the photo down.

“Look at it!” Shep barks. “A still shot from a ruff film – you killed her dead while the camera’s rolled!”

“No, man,” Snoop replies evenly. “That ain’t how it played.”

“Lookit the photo!” Shep seethes. “There’s just you, and next to ya nuthin’ but a cloud of gun-smoke…WHERE HELLO-KITTY ONCE WAS!!”

The clock ticks through the silence. Shep waits, sniffing for a crack in Snoop’s defense. “Tell ya what,” Shep offers. “You confess. I’ll get you a deal.”

The he gives himself a good shake, says “Think I’ll be dog-gone now, Mister K-9”, and swaggers for the door.

One thought on “Doghouse”